HOW TO GET THE POWER LOOK. Have you ever been in an environment before where a woman walked in, and suddenly all voices became hushed, the air appeared still and all eyes seemed magnetically drawn to her? Did you find yourself wondering who the woman is and the kind of authority she wields? Did you immediately scramble to attend to her needs if you were the vendor?
A quick look at her showed you she wasn’t really wearing anything out of the ordinary. Her red trouser suit could just have been worn by anybody out there. The ivory sleek pump seemed common enough – “I mean, I have the red version of that exact shoe”, you affirm to yourself. Her white inner vest could have been gotten from your favourite cheap local market. Yet something about her kept you on your toes. You may or may not realized what it is at that time. I know that which kept you on your toes about her is her power dressing.

According to Wikipedia, power dressing was borne in the second half of the 1970s and developed in the 1980s, to represent a fashion style that enables women to establish their authority in a professional and political environment that was traditionally dominated by men.
It historically began as a conservative form of attire in sober colours. They were similar to male attires but had evolved today to include garments of all colours and styles that could still exude authority while remaining feminine. 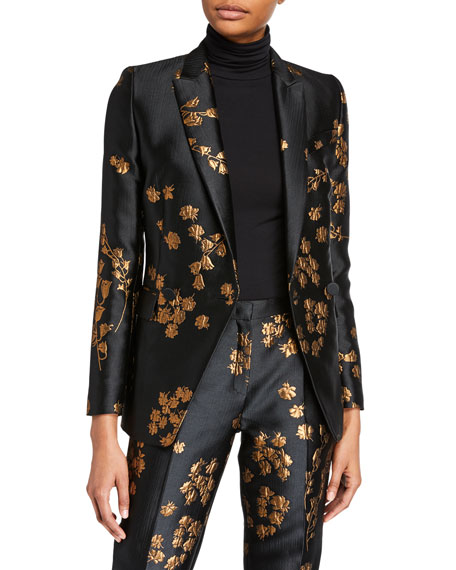 What is power dressing?

Power dressing is basically about dressing smart, enough to make a statement about yourself and/or exude an aura of power. It is any dressing that makes you feel like the best version of yourself.

Getting the power look…
The brief encounter you had with the “woman in red” left an indelible impression on you. It  made you want to be like her – whatever that means literally! You felt like she had her act together, that she could walk into any office and command the attention she wants, even without expressly vocalizing it. You want this for yourself too. And hey, it is easy to get that look, simply by following these simple tips;

No matter what you’ve read previously, getting the power look starts with being comfortable in the attire you’ve chosen. You see, no matter how expensive your sleek pumps are, if you walk like a duck on it and you know that you are walking like a duck, it will do nothing to boost your confidence. In fact, if there’s anything it would do, it would rather shred the level of confidence you have in your self at that moment.

So, if the heels are so small that your toes seem as if life has been numbed our of them; if the little black dress seems so tight that you have to pull and push it down every step you take; if the stylishly-tied multicoloured scarf on your neck seems to be on a mission of choking you to death; then understand that your discomfort would translate in your body posture. In other words, there are fewer chances that you are getting the power look you actually aimed for.

INCLUDE YOUR FAVORITE COLOR IN YOUR POWER LOOK –

Most women are particular and adamant about their favourite and worst colours. If you are part of those who attach so much significance to a particular colour (s), then getting the power look for you would mean including your favourite colour in your attire. For instance, if your favourite colour is blue, it doesn’t mean you should wear only blue dresses, shorts or pants every single day. Definitely not, but you can stylishly and subtly incorporate blue into your appearance.

A blue bracelet, a blue handkerchief, a blue-stoned ring, a blue neck scarf, a blue-stoned necklace, a blue wristwatch, a blue hairpin, a blue underwear e.t.c . These are all accessories that you can alternate. You can do that  in your dressing each day without actually being appearing off as a daily blue rainbow. So, if your favourite colour makes you feel powerful, by all means, include it in your dressing each day you aim for the power look. The days have gone (and surely never to return!) when power dressing was associated with sober colours. Today, the brighter the better because the more statement you will be making. So, instead of choosing any of those your attires in boring black, ash, brown or other dull colours, why not consider vibrant colours. Colours like royal blue, red, purple or yellow. Don’t forget the trendy slime green clothes. The reputable tie-dye pants which were arguably some of the Spring/Summer 2019’s biggest trends.

It is a lot easier to get the power look if the cloth you chose for the day is trendy. Imagine aiming for a power look while sashaying about in a suit  , that seems to have been dug outright from the 1800s. You’d look pitiful while feeling an alien of some sorts from a previous century. A few styles still in vogue that you may want to keep in mind include; Faux leather skirts/pants, animal print clothes and shoes, combat leather boots, wide-leg trousers, leather vests, metallic clutch/purse, denim jumpsuit, snake-effect jackets, and sequined shirts/jackets. Incorporate any of the trends that you are likely to feel comfortable into your dressing to get the power look. The apt saying that “you have to feel comfortable on the inside to be able to translate it on the outside” has its basis deeply rooted in the world of undergarments. Well-fitting, beautiful/sexy undergarments give an extra enhancement to one’s body while doing unbelievable wonders to your confidence. It significantly guarantees how you feel about yourself, boosting your mood for a fulfilling day. Thus, with those really matching sexy underwears, you can bet your that a day which could have been dull would turn into an exciting day. A host of people attach sentimental value to one or two of their properties. I do it, and I am sure I am not alone in this. Lucky accessories could be anything, from ring to wristwatches to bracelets to necktie or scarf and even to earrings. The value in price could be downright outrageously expensive or even almost worthless. But what matters is the feeling and meaning we attach to them. If you have these lucky accessories then you want to aim for the power look. Never forget to include one or two of them in your dressing. They are just what you need to complete the power look.